How to avoid writers 101 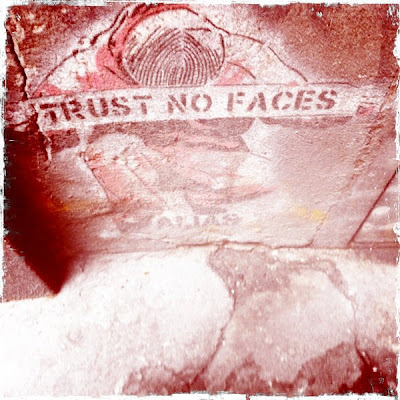 Did it feel like you were being watched today?

If you were in Sydney it was more than likely you were being scrutinised by professional ‘people watchers’. They would have almost certainly taken notes too. Detailed notes.

So as a public health and safety warning - watch what you say on the streets of Sydney this week – it may just end up on the pages of the next bestseller.

It's the Sydney writers’ festival this week.

Sydneysiders, you may have noticed an influx of tweed & cardigans. Library bags and ink stained fingertips. The plethora of people reading whilst propped by a tree or lounging on a grassy knoll*. Or realized that every bench in the CBD has been commandeered by pen toting types, waxing lyrical about Proust between furiously scribbling notes.

It has been said that you shouldn’t befriend a writer. Not because occupational isolation has left them defunct of rudimentary social skills. Writers are generally affable types - when highly caffeinated and not forced to stand in direct sunlight.

Though they will use you. And more than likely without you even being aware of it. I’m not suggesting that they will fossick through the back of your sofa for loose coins whilst you boil the kettle. But they may just silently extract elements of your personality and graft it into a character in their novel.

This wouldn’t faze most people. In fact it could almost been seen as a compliment if a writer has decided to create a character based on you. You of all people! Think of it as an honour!**

But if you have a particular character foible that you don’t want to have fictionalised, and you reside in Sydney, perhaps it’s best you lay low for the next week.

Or if you must get out, to buy the milk or insist on topping up your precious vitamin D, here is a quick guide to help you identify writers. It was written for people wanting to look like writers.

Besides the obvious – carrying a notebook, pen or book – there are a few odd pointers. Take a deep nasally whiff of the suspect writer. If they smell “nostalgic” then step away.  Or if they are wearing a used duct tape rolls, step away quickly.  Clearly they are keen on cracking this writing malarkey (why else would they have googled “How to look like a writer”?) so they would be hunger for any stories. Even yours.

*Note the pre-requisite for lumbar support for writers - the hours spent battering away at keys in a dark room results in appalling posture and bones brittle from vitamin D deficiency. So

**Of course as a writer I am somewhat biased and will paint personality pilfering in it’s most positive light – it’s most honour worthy light
Posted by Fi at 3:22 AM