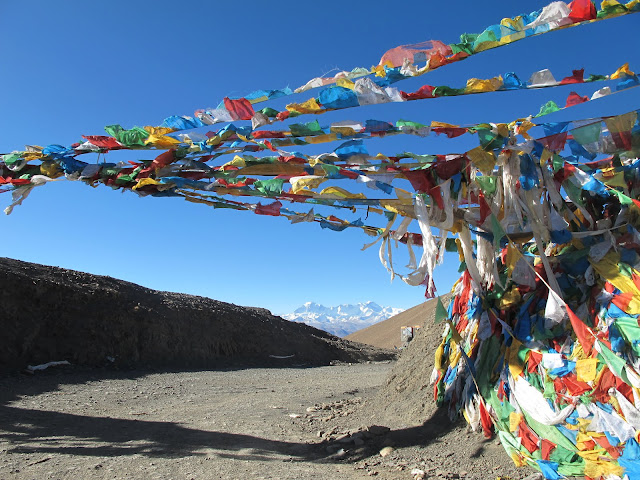 Prayer flags in the wind

I'm on the hunt for a book. I bought 'The Secret Lives of the Dalai Lama' whilst in Kathmandu & gave myself a crash course in Tibetan history, philosophy and religion. There was a sense of urgency to learn as much as possible. Stories about China's strict border control and contraband reading list were in equal parts frightening and frustrating. I wanted to be informed about the Tibet/China situation before crossing over. I speedily read and posted it home, hoping for a chance to revisit the book. Particularly now given that I am writing the Tibetan chapter of my book.

This book gave me nightmares.


Tibetan philosophies and history is not all fuzzy hugs, hippie karma and rainbows. Well, rainbows feature fairly frequently in folklore as denoting the birth of reincarnated spirits. Tibetan history is awash with bloodshed, treachery, hostile invasions, political turmoil and poisoning. Reaching thousands of years before the 1949 invasion. Their history is deeply embroiled with scripture describing the plateau's spiritualscape of demons and portals to the many layers of hell.

I would suddenly bolt upright in the middle of the night, gasping for air. A showreel of images dancing in my mind. Spirits with claws and multiple eyes. The stench of rotting flesh. The feeling of feet stomping on my chest and dead men on horseback. I would flick on the light, casting ominous shadows on the damp hotel room walls. I would listen to the gurgle of water trickle through rusty pipes, trying to catch my breathe. The smoggy streets of Tamil silent. Strict nighttime curfews, enforced by stick swinging police, meant only the foolhardy would wander through the labyrinth of lane-ways after 11pm.

This became a nightly routine. Falling back to sleep difficult. My head failing to find a comfortable position on the lumpy concrete sack of a pillow.

In retrospect, there were other reasons why sleep eluded me during my 3weeks in Kathmandu. I drank countless cups of coffee, indulged in sugar infused snacks, hung out in reggae bars drinking cheap vodka, became addicted to Twin Peaks, contorted my body under the tutelage of hardcore yoga junkies, became feverous with the flu - so it was almost no wonder I woke in cold sweats from the most vivid dreams.

Yet the impeding unknown caused my heart to grip in fear. Once we crossed into Tibet anything that could go wrong could be disastrous. The region is twice the size of France and virtually cut off from the world due to geographical and political obstacles. We would be ascending altitude at rates unadvisedly by medical professionals and camping in sub zero temperatures.I doubted I was physically prepared for the challenge (hence the half hearted attempts of yoga. I dread to think how my favourite pose, the corpse pose, would have 'prepared' me). 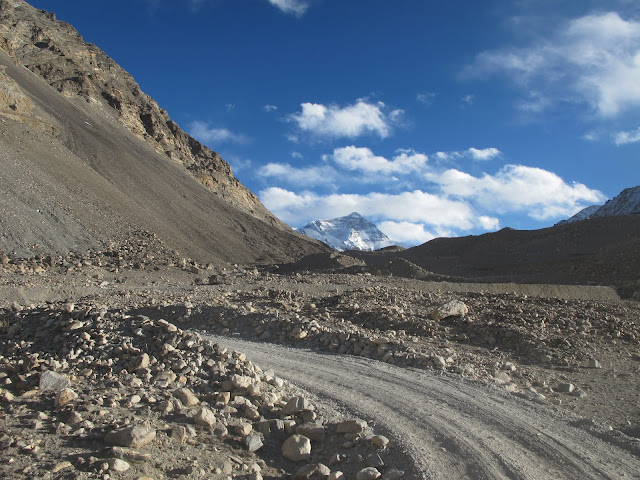 Once I was in Tibet I fell in love with the rolling tundras, soaring mountains and searing sunlight.

But I also complained bitterly the whole time! The physical discomfort of extreme temperatures and altitude was & remains like nothing I have ever endured. Unless I don't find this book soon gosh darn it!
Posted by Fi at 12:15 PM