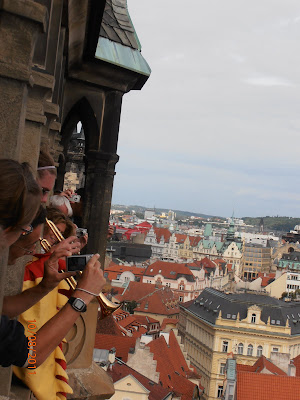 Cameras on the ready! Prague
I have started flicking photos from when I was aboard, stacking and sorting them for a photobook. A decent share of my photos are out of focus, stark or dim depending on terrible lightening, cluttered with distractions or momentums obscured by hordes of tourists.

Basically I realized most of my photos are crap.

But then I started thinking maybe they aren’t completely terrible after all. Stay with me on this thought, I promise this isn’t me just massaging my fragile ego.

Perhaps my dodgy photos don’t just represent my lack of photography skills but maybe they highlight the atmosphere of each place. It is near on impossible to get a photo of anything in Europe with at least half a dozen people loitering in the frame. Or the out of focus pictures of the fire festival in India was due to the push and crush of the swelling crowd. Or poor lightening in the Vietnamese photos was secondary to monsoonal weather. The off kilter photos of the Himalayans was due to the heady nausea of altitude sickness.

I will heartily admit that someone with skill could easily overcome these challenges, but I intend to make lemonade from these lemons of photos and create a writing exercise:

This week’s writing exercise was to write a short piece based on photos taken on the trip. I wanted to focus less on the obvious aspects of the location and more on the atmosphere captured on lenses.

The quirky photo above inspired me to write about the crowded streets of Prague. 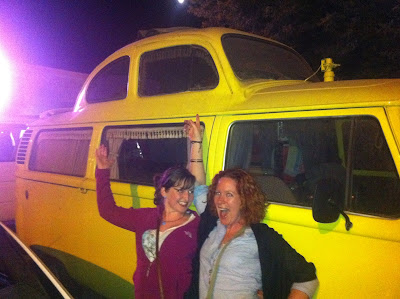 Out of focus (tick), Red eyes (tick), Light Flare (tick). Countless memories of running around Cappadocia (tick). Plus evidence of a Kombi with an attached beatle - seriously too cool for school