Last night I found myself doing some heavy reading before going to sleep.

I’ve started researching and verifying facts about the political and social situation of Iran during 2011, as I’m writing the Iranian chapter of my book.

Yesterday Amnesty International released their annual report “Death sentences and Executions: 2011”. Within hours all major news outlets where lighting up with stories about Iran – always handy when researching!

Though the things I learnt made my hair stand on end. Whilst travelling through Iran in September 2011, I fell in love with the country and the culture. I got the impression that Iran had a violent past and whilst insular was coming forward with it’s human rights policies.

In fact as you can see from the pictures we became so comfortable in Iran. The first picture is a ‘dress rehearsal’, of us in Istanbul, Turkey. 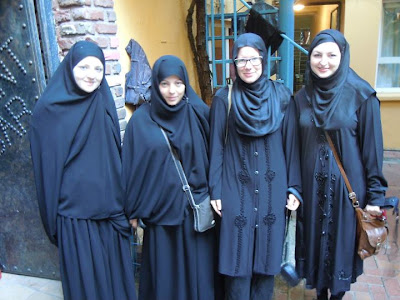 We had been informed that as foreigners we must always wear black or dark colours. That not a inch of skin or hair must be showing. Women must always keep their gaze adverted from men. You must not sit next to a man, unless he is your husband, in public. Let alone touch another man, even for a handshake. We were told that there would be government police as well as tourist police on constant patrol. To say we were nervous would be something of an understatement!

But as you can see from photo two, my headscarf is loose and I’m so relaxed. 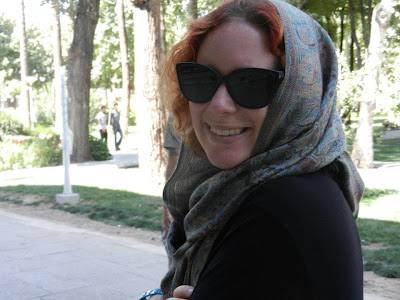 Women appeared to be held in equal stead in Iran. The rules certainly appeared more lax than first anticipated. We were never stopped by police, let alone by tourist police except for a friendly hello. Plus we were allowed to engage eye contact with men without repercussions!

Though the statistics give an entirely different picture of Iran. Executions rose from 252 in 2010 to 360 in 2011. Iran is statistically to have the second highest execution rate in the world (second to China) though the exact numbers can be shady many countries with capital punishment policies, including Iran, carry out secret executions. The Amnesty international report states that it has creditable information for a 274 ‘secret’ executions in Iran during 2011. Typically crimes rendering execution include adultery, sodomy and religious offenses such as apostasy or “treason against God”.

Hanging is the most common mode of execution. In fact the number of hangings had risen so dramatically, that the use of cranes has become common, so a Japanese crane manufacturing company has ceased their imports of cranes into Iran.

Whilst the people I met in Iran were the some of the warmest and most genuine people I have ever met, the government’s policies are extreme to say the least and rigorously put in place. 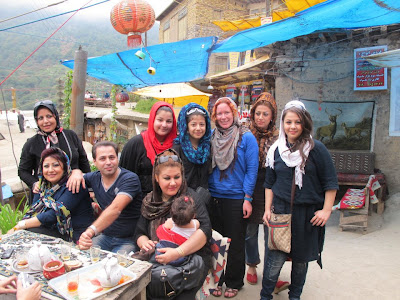