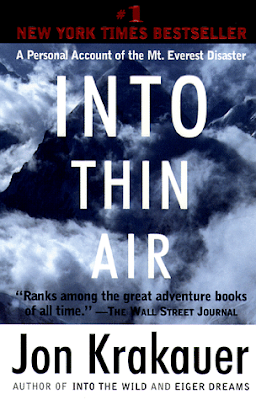 Apparently prosciutto without fat is like a kiss without a cuddle. I reckon reading ‘Into Thin Air’ without ‘The Climb’, would be like watching a David Attenborough documentary without the volume turned up. Sure you get the images and you can sort of figure out that something important is happening to the sleeping newt as it’s been on screen for thirty minutes. But you miss out on Attenborough’s docile tones giving rich insights into why it’s so important that the newt just flicked its tail. Is it because they're alleviating themselves of gas? Having a bad dream? Does it stem from the primordial soup? Are they sending out mating signals? I won't get sidetracked on Newts, I'm not even entirely certain if they have tails, but I will say that you won't get the full gist of what went down on Mountain Everest in 1996 unless you read both books.

In 1996 eight climbers were killed attempting to climb Mt Everest. Was it the weather conditions? Poor altitude acclimatization? Poor communication? Poor leadership? Both authors achieved submit Everest that day and through interviews, radio transcripts & experience they try to breakdown the events leading up to and during the tragedy. So if both books attempt the same thing, why read both?

Jon Krakauer is a born storyteller; ‘Into Thin Air’ is a white knuckled ride of terror. He delves into the characters of each of the climbers, their motivations of attempting this extreme feat, so when they are in peril you fret for their survival. I became utterly consumed by their attempts of survival against the sudden white out from a fast moving weather system.

Whilst the book went on to become a best seller, there was backlash amongst the climbing community against Krakauer. It was suggested that he transformed the climbers into characters and was more concerned with creating storytelling drama then recounting facts.

One climber in particular who’s their reputation was severely tainted by Krakauer’s account was Russian guide Anatoli Boukreev. Krakauer suggests that Boukreev demonstrated a lack of leadership and questionable concern for the climbers he was guiding. 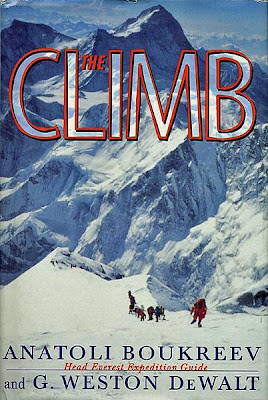 Boukreev subsequently released ‘The Climb’ partly in response to ‘Into Thin Air’, but also to deal with his feelings after the tragedy. It definitely lacks the slick storytelling style of Krakauer as it did feel like I was wadding through facts and transcripts, but this adds to the authenticity and authority in Boukreev’s evaluation of the events. To be honest I thought Boukreev was a bit of a cold-hearted man prior to reading ‘The Climb’, but I think I was definitely skewed towards this option by Krakauer’s characterization of him. By reading ‘The Climb’ I learnt a great deal of Boukreev’s solo rescue attempts of some of the stranded climbers on the mountain. It made me feel somewhat cheated by ‘Into Thin Air’ as I went on to question a lot of what was present in the book. Yet I enjoyed reading it so much I would heartily recommend it to anyone – on the condition they read ‘The Climb’. I agree that it is a bit of Everest overload but it is such a fascinating topic.

I suppose the only reason I initially had any bit of interest in the books was because I travelled to Everest Base Camp (the Tibetan side) last year. Standing in the subzero temperatures with wispy oxygen thin air floating around me, I became armored by the mountain with it’s hauntingly crooked peak, shrouded in clouds. To be honest I felt the desire of having climbing it. Reading both books has since cured me of any desire to attempt submit. In fact I'm probably happy to just say that I've used the highest public toilets in the world (which is that concrete bunker in front of the mountain). 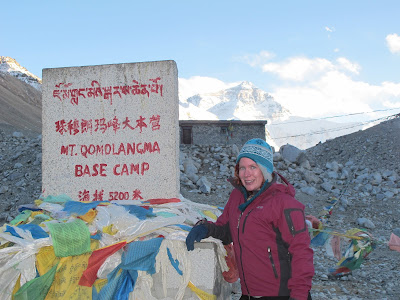